Sylvia Smith is the Vice President of the ACS Home School Association (HSA). Sylvia is no stranger to the Archdiocese of Washington as she grew up in the Washington, DC area and attended St. Thomas More Catholic School from 2nd grade to 8th. Mrs. Smith is a graduate of Bowie State University, earning a Bachelor of Science degree in Business Administration with a minor in Economics.

Mrs. Smith has worked in the Federal Government for over 20 years, and is currently a Division Director that oversees and executes an annual budget in excess of $7M, prepares congressional justifications, prepares personnel actions, and supervises a staff of ten. Sylvia has received numerous awards for leadership, exceptional achievement and outstanding customer service.

In her spare time, Sylvia loves giving back to her community. She held several positions with the Clinton Boys and Girls Club served as Membership Director, Soccer Program Coordinator, Recording Secretary, and Finance Team member. She has received numerous club awards for superior service and team work including the Prince George’s County Boys and Girls Club Distinguished Service Award Citation for her untiring efforts to support the Youth of Prince George’s Country. Sylvia is an active member of Delta Sigma Theta Sorority, Inc. where she Co-Chaired several committees and participates in many community service events.

Sylvia is a proud wife and mother of two beautiful teenaged children. Her special interest and hobbies are reading, listening to music, fishing, sewing and taking her children to their practices and games. 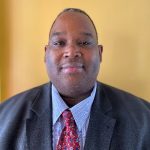 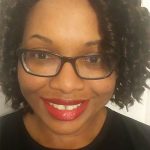